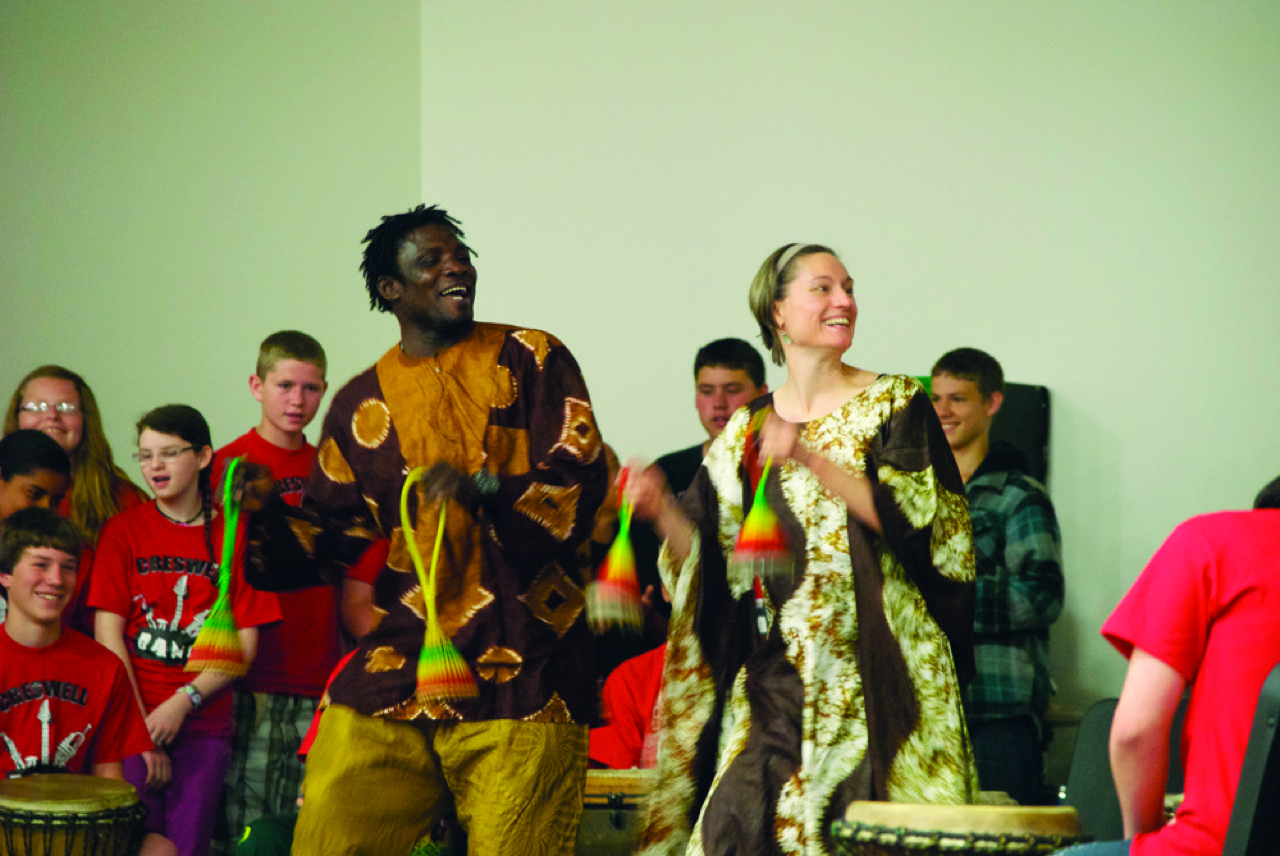 Since age seven, Alseny Yansane has been immersed in the musical and dance tradition of his native country, Guinea, West Africa. Alseny trained and performed in many competitions as a dancer, drummer, and acrobat in the dawning of the Republic’s newly won independence from France. Historically, this was a time when art and cultural appreciation and cultivation were at an all-time high, and the training that artists received was rigorous and systematic. Artists had to compete on a national level annually as a way of moving up to higher levels of artistic status. These competitions were held in the heart of Alseny’s neighborhood and attracted groups from all over Guinea who represented specific art and culture from various regions and ethnic groups.
‍
This has given Alseny a wealth of knowledge about the history and cultural diversity behind Guinean performance arts, a solid artistic foundation, and a strong drive for excellence. Alseny has worked with some of Guinea's most reputable performance groups, including Kemoko Sano’s Ballet Merveilles and Jean Macuely’s Ballet Sanke. In 1993, Alseny was recruited to join the most prestigious of all the national groups, the world-renowned Ballets Africains. Chosen to tour with them several times, Alseny has dazzled audiences all over the United States, Canada, Bermuda, and Morocco.
‍
Alseny's dance style is powerful, yet graceful. His movements have amazing fluidity and extension. He has brought crowds of spectators to their feet with his fancy acrobatics and lifting techniques. As a drummer, Alseny has incredible stamina, projection of sound, and stage presence. As a cultural ambassador, he has a wide understanding of the rhythms from each geographical region of Guinea and has brought new songs and musical arrangements to the Pacific Northwest. Alseny is also a wonderful teacher who is energetic, inspiring, and fun. He knows how to make West African dance and drumming accessible to a variety of levels by breaking things down and being patient and encouraging. His joy and passion for his work fires up students of all ages and backgrounds.

Andrea DiPalma Yansane, has worked as a self-employed freelance artist and arts educator since she graduated from the University of Oregon with a BA in Fine Arts in 1994. This co-founder of West African Cultural Arts Institute and Won Tan Nara Productions has spent close to seven years in Guinea, immersing herself in the art, culture, and way of life. She has trained with many disciplined and visionary artists, performed in a variety of prestigious venues, and collaborated with Alseny Yansane on many artistic projects. Because she is fluent in Susu, Guinea’s national language, Andrea has been able to transcend much of the cultural barrier and gain an appreciation and understanding of the inner workings of Guinean society.

Andrea has been committed to the development of the West African drum and dance community in Eugene since 1995 as co-founder of “Foli Kan” teaching and performance collective and organizer of community events, traveling guest artists, and cultural trips to Guinea. Andrea has studied dance and drumming in the West African style with a myriad of the best teachers in the world and actively keeps herself current through her studies with master source artists from West Africa.

Her teaching style is clear and comprehensive, making learning accessible to all skill levels, ages, and backgrounds. Throughout the Pacific Northwest she is recognized by educators for her creative curriculum development, classroom management skills, and her ability to integrate educational themes with West African Cultural Arts Institute's interactive programs.

She has a gift to work with a variety of age groups and levels breaking down and demystifying the most complex steps and drum parts for total beginners without losing the fiery essence of the art form. 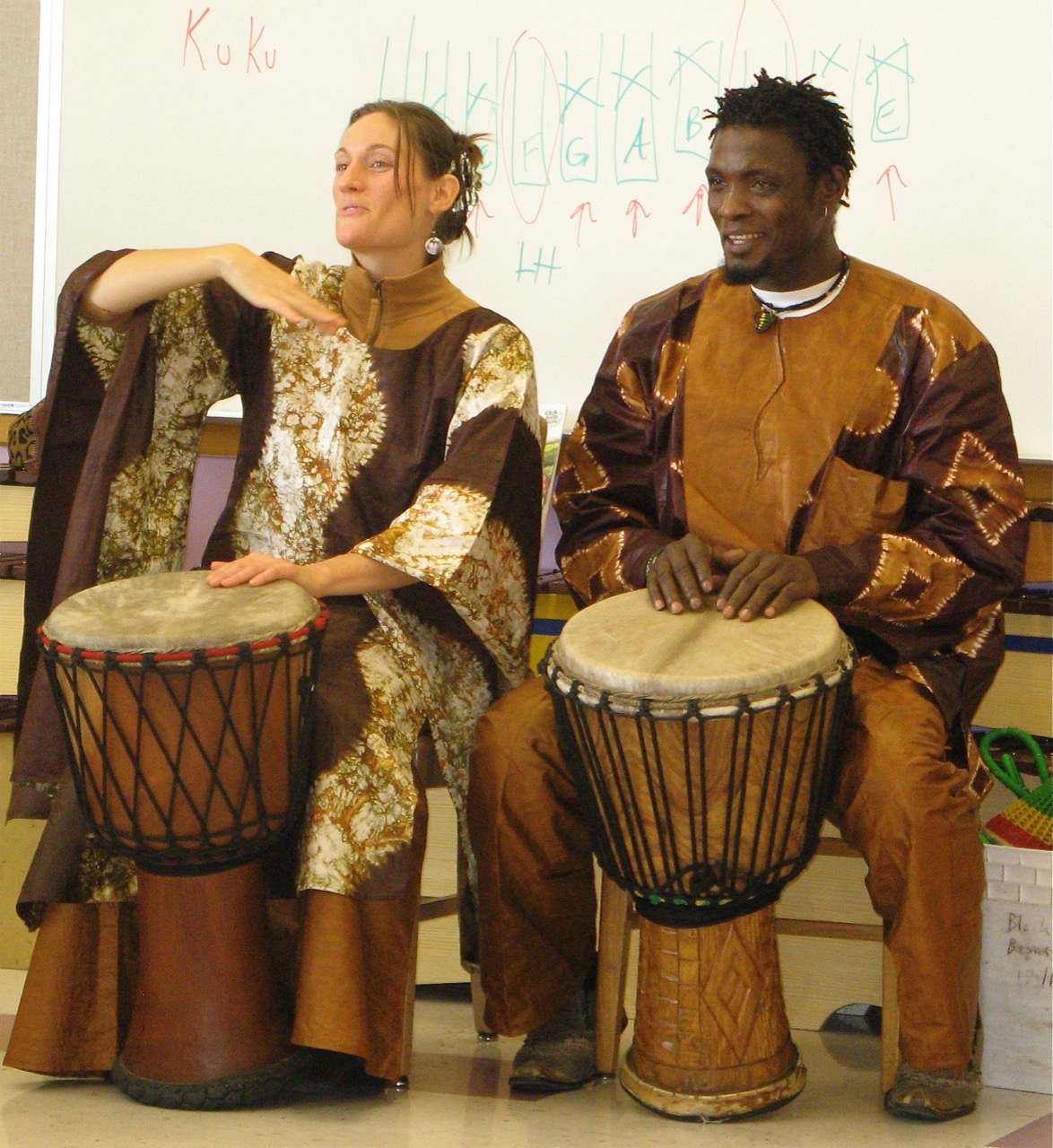